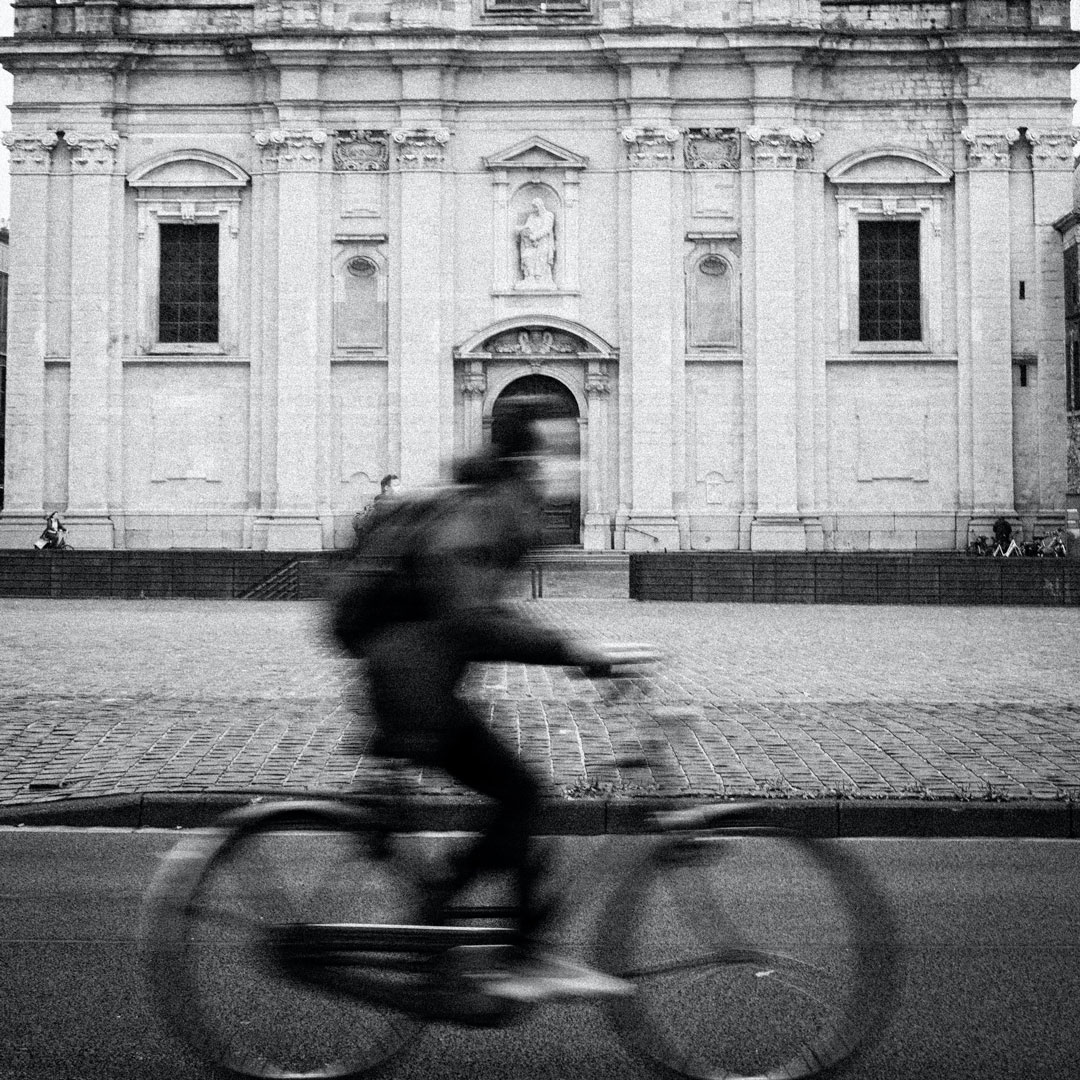 What is Modal Shift and How Can it Change the Way We Travel?

Explore a new way of thinking about your mode of transport, and discover how your trips can have an environmental impact.

It’s true that as humans, we find solace in being comfortable, and no less can be said about the way we choose to travel. We want predictable and reliable when it comes to our transit modes, and deviating from this path takes us into a world of unknowns. But change offers us the chance to do better—to create sustainable transport beyond the traditional travel models. Here’s how Modal Shift and a change in transit behaviour can make a difference.

Modal Shift can be deemed as a new way of thinking about the way we travel. It encourages innovation, sparking alternative means of transit that combat the problems incited by previous travel models. At its core, Modal Shift pushes people towards more sustainable transport to benefit society.

Essentially, Modal Shift is the shifting of travel modes that humans go through based on a range of variables; both external and internal influences that impact the way we move. For example, during the COVID-19 pandemic, the way in which people travelled drastically altered, with a decline in public transport and private car usage following the rise of working from home.

To adopt Modal Shift requires a change in transit behaviour and habits, and it can be difficult to achieve this without intentionality and focus. It will take the cooperation and commitment of governments and communities in order to create equitable and convenient transit access for all.

What are the benefits of Modal Shift?

Modal Shift is an opportunity for Transit Agencies and travellers to experience the advantages of new forms of transport. This presents a number of benefits on both a macro and micro scale.

It’s not news to us that our world is suffering environmentally, and our lifestyles, especially transit, have a lot to do with this. According to the United States Environmental Protection Agency, in 2018, transportation accounted for the highest level of US greenhouse gas emissions at 28 per cent, and from this, 59 per cent were attributed to light-duty vehicles.

Further evidence suggests that much of society is choosing solo transit modes over shared, adding to the growing environmental concerns around harmful emissions.

“The United States has one of the highest levels of car ownership in the world with one car for every two people.” – The Geography of Transport Systems.

Adopting Modal Shift into transportation can have a substantial impact on the environment. Reframing transit and reducing our reliance on solo vehicles means that fewer cars frequent our roads, reducing air pollution and damage to our infrastructure.

Active transportation, such as walking or cycling, is one of the most traditional modes of transit, but is often disregarded.

According to census data, the number of commuters in the US choosing walking as their means of getting to work has declined substantially between 1980 and 2012 from 5.6 per cent to 2.8 per cent. Cycling had increased by 0.1 per cent, but remained a low figure at 0.6 per cent.

A Modal Shift towards active transportation not only alleviates our carbon footprint, but has a number of health benefits, including reducing obesity and preventing chronic conditions such as diabetes and cardiovascular disease.

Emerging technologies have opened up new avenues of transport, flipping the lid on both solo travel and public transit models. With the development of new smartphone Apps, Transit Agencies have been able to look towards efficient and dynamic routing that saves both the commuter and driver transit time.

Microtransit is a trend to have come about from such developments, offering a shared transit experience that is dynamic and recalculates based on the commuters registered. A Modal Shift towards this model not only means that travellers are taken on the fastest route to their destination, but they also save on costs as it is cheaper than solo travel.

Modal Shift has the potential to influence our lives and the world we dwell in, improving our carbon footprint, supporting our general health and saving us valuable time and money.

What are some ways to influence Modal Shift?

Establishing Modal Shift requires commitment and resources from the government, Transit Agencies, and the community.

If Modal Shift were to be directed towards active transportation, an investment in bicycle and pedestrian facilities would be required by Transit Agencies and local governments. Increased bicycle lanes and walking paths, as well as a surplus of bikes for hire, would help support this.

Another option in favour of Modal Shift would be establishing intermodal passenger transport, which involves using multiple means of transit in a given journey. An example of this would be taking a bus to an inner city stop and providing cycling facilities for the commuter to travel the rest of the journey.

And with society constantly changing as technology evolves, there is a space for Modal Shift to exist through Demand-Responsive Transport (DRT)—a model that deviates from fixed-route transit to more dynamic journey-mapping through the use of smartphone Apps. It’s essentially public transit that you can book on your phone—and with the assistance of technology, this is becoming a viable and affordable option for the future of transportation. By working with existing Public Transport infrastructure, and enhancing it with new technologies, Modal Shift can be easily attained.

There are a number of options for our society to facilitate Modal Shift that would begin to make a difference to the environment as well as to our own wellbeing.

How can Modal Shift impact our future?

Modal Shift is key to us moving forward in the future of transport. It allows a space for Transit Agencies to innovate, and for communities to adapt towards mobility that is healthier for our society.

Re-evaluating how we travel and evolving our current transit modes has the potential to significantly improve our environment. It can lead to a reduction in harmful greenhouse gas emissions while also supporting the infrastructure of our roads. Not only this, but Modal Shift can contribute to our overall health by encouraging active forms of transportation and has the potential to alleviate time and expenses required for our daily commute.

Modal Shift means that we can move towards a better and more sustainable society, creating transport models that will have a significant and beneficial impact on generations to come.

Get insights to one of our latest Demand-Responsive Transport projects with North Lincolnshire Council's JustGoBus service—with a ten times larger service zone than your average DRT project.


Reshaping how we travel for a more sustainable future.

What is a Demand-Responsive Bus Service?

The rising popularity of Demand-Responsive Transport is ensuring that communities are receiving better access to Public Transport more than ever.