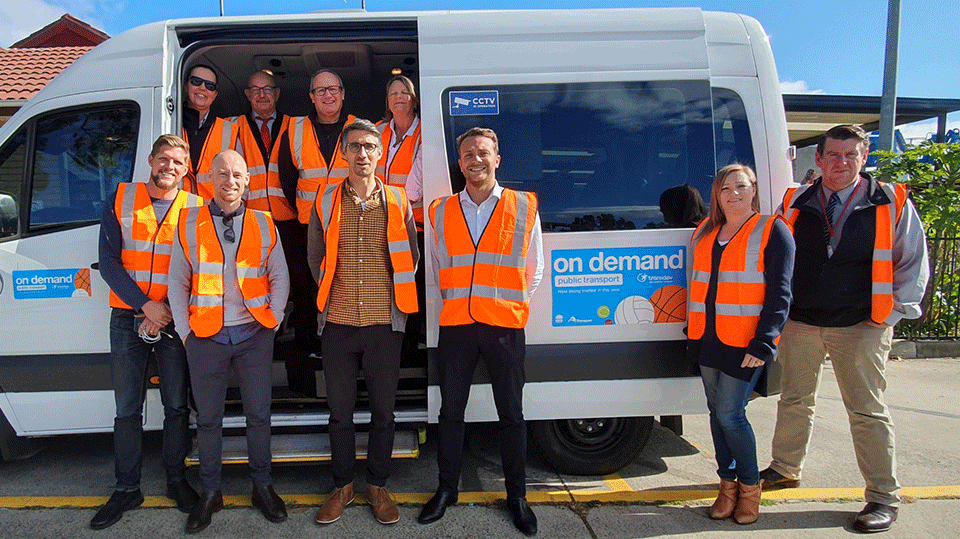 Creating a more cohesive way to travel on game day for residents in the Sutherland Shire.

SportsHopper was developed in conjunction with Transdev Australasia and Transport for NSW for the people of Sutherland Shire. SportsHopper was created with parents and children in mind, travelling to the Bellingara Netball Courts, every Saturday between 6.30am and 5.30pm.

This service was designed to help ease congestion and provide relief to those travelling to the courts without the added stress of parking pressure and costs. The SportsHopper project, including white labelled app, marketing, and logistics were implemented in 5 weeks.

The SportsHopper project arose from the constant parking pressure around the Bellingara Netball courts in the Sutherland Shire. Netball, an Australia cult classic sport for school children, and adults draw hundreds of players and spectators every Saturday. This issue is not exclusive at the Bellingara Courts but all around Australia, hence the first project of its kind to be trialled in Sutherland Shire with the aim of being rolled out at other congested areas.

With high demand in parking, this issue was not only effecting people traveling to the courts, but also the residents in the surrounding areas with constant congestion, car accidents and no parking available to the residents.

Alongside Transdev and Transport for NSW, Liftango developed a point to hub model, so customers could be picked up and dropped at the courts. This model was developed to ensure the best chance of uptake, monitoring and trip time impact - and eventually would be re-configured to a meeting point-to-hub service. Initially, the trial began with three Sprinter Vans.

The SportsHopper App was branded and white labelled by the Liftango Team to look approachable and family-friendly to players and spectators. Payment method included booking online and onboard payments.

The App was turned around in under 5 weeks, this included marketing materials, testing the service, white labelled app and driver training.
After the initial attraction of customers to the app, a secondary hub was added and the pickup area extended. The buses carried not only individual passengers, but also resulted in whole team pickups. The SportsHopper program is heavily supported by the netball clubs and residents of the Sutherland Shire as it provides much-needed relief and added transport options to the area.

What Does the Future of the Bus Industry look like?

Buses of the future will be small, agile, efficient, and most importantly, they will be there when you need them—just-in-time, not just-in-case.

We’ll help you understand the ins and outs of microtransit, and how to jump on board with this new transport model.