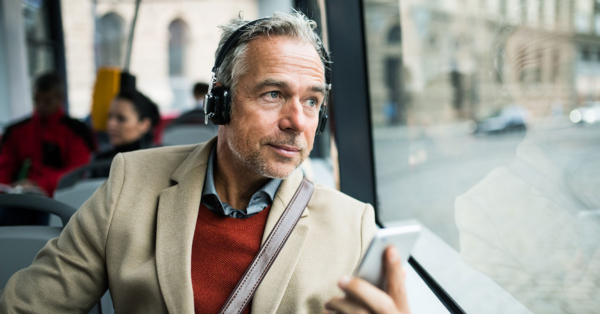 The dread of that morning commute

Most of us experience it every day: the dread of that morning commute. Even in cities with as good of a public transport system as Melbourne, getting into and out of the city can be a nightmare.

What’s more is that many people are actively trying to reduce their carbon footprint by accessing Public Transport— particularly due to cost-saving factors since driving into the city from the suburbs will almost always be more expensive. Only two years ago, it could cost up to $62 to park in Melbourne’s CBD for only four hours according to the RACQ! Whereas the average trip on public transport could be paid for with only 24 minutes of work on minimum wage in 2015. Proving that in fact, Australia is one of the most affordable places in the world for public transport.

If only it were more convenient!

The major factor we’re facing today is our ever-expanding Melbournian neighbourhoods. People are moving farther out, which means less accessibility to train and tram stations without first driving to them; therefore, demand for more parking around train stations has never been higher. Communities like Werribee, South Morang and Craigieburn have been crying out for more solutions for at least ten years now. They are, however, facing strong reluctance from local governments due to the severe cost of building sites, that even when completed, would barely scratch the surface of the supply needed for today’s demand. For example, the car park built at Syndal station in 2015, which only added 250 spaces, cost the city $44,000 per space.

“But,” you might be saying, “there are other ways to get to the stations, not to mention commuting to and from the city.” Indeed, fellow commuters, there are. Many still do walk, but when you’re starting to walk more than 35 minutes every morning, it becomes tiresome, inconvenient and arguably unpleasant. Having recently adopted the great cycling culture of my fellow Melbournians, I can say that there are few modes of transport quite as practical, but I must say that I’m not really looking forward to the frigid winters and fuming heat of the summer...  OK, so what about buses... What buses? The ones we do have usually have inconvenient stop locations which still require lots of walking, and they only come every 40 minutes or so in suburban/outer areas leaving you stuck mid-commute if you miss it by even a minute.

What if there was a better way to facilitate some of these far more parking-deprived stations like Aircraft, Lalor, Hoppers Crossing, or basically any station on the Werribee line?

Here we go, are you ready for it?

Initially designed as a sleek new app for corporates to get their employees carpooling, we’ve found while working closely together with Transport for New South Wales, that our algorithms can seamlessly create a powerful, On-Demand Bus solution that brings the bus directly to you. Very soon now, the people of Woy Woy, NSW will be trialling this incredible new system.

Parliamentary Secretary for the Central Coast, Scot MacDonald, said On Demand transport would change the way people used public transport. ‘In a first for NSW, On-Demand Public Transport services will begin to arrive where and when people need them,’ says Mr MacDonald.

‘We know people want to manage their own time and become less reliant on timetables. On-Demand public transport will allow people to book a vehicle to pick them up from home or a convenient nearby location like a bus stop. They will receive a booking confirmation and an estimated pick-up and drop-off time at their chosen transport hub.’

‘The aim of this new public transport service is to get you to and from Woy Woy rail station with ample time to make it to Sydney or the chosen destination, and it will be there to pick you up from the station on your way back,’ says Mr MacDonald.

Liftango is providing the backbone of the App that will create crystal clear visibility for commuters on exactly when and where their buses are, plus they will be booked for the times that are convenient for them. Our algorithms provide the drivers with the most fuel-efficient paths to the next passenger, and the city will have a dashboard that shows any and every piece of that all-too-important data that they could ever want! As we’ve said before, the future is now. Let’s all get on board to make a positive impact on our environment together!

When Traffic and Parking Get in the Way of Business

Organisations are starting to be held responsible for their contribution to traffic congestion. Read our C.A.S.E. for Shared Mobility.

When it comes to creating transport strategies, it’s time to realise that building ‘bigger and better’ is not necessarily the answer.