We’ll help you understand the ins and outs of microtransit, and how to jump on board with this new transport model. 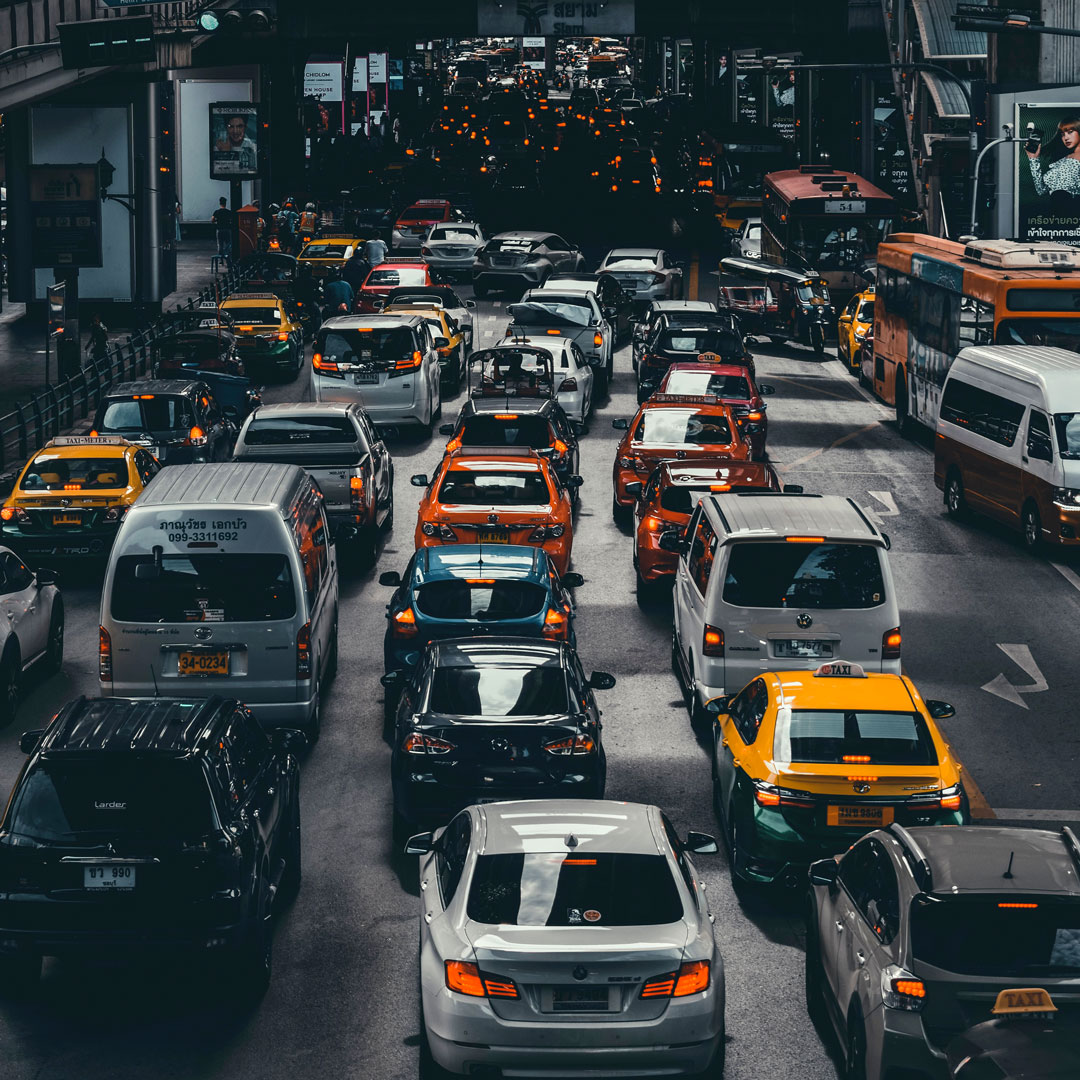 You may have heard the terms ‘technology-enabled transit’, ‘flexible routing’, ‘Demand-Responsive Transport’ or ‘On-Demand Transport’ flung around, but all of these can be packaged up into one neat little reference—microtransit.

Before we unpack what it means, let’s understand how the term 'microtransit' evolved. It all began in 2015, when the transport industry decided to ‘shake things up’, recognising that neither the solo traveller nor bulky public transit models were working. There needed to be a middle ground, and this is where microtransit found its niche.

‍
What is microtransit?

Put very simply, microtransit is ‘dynamic routing’. It takes the mobile smartphone Applications we can’t live without, and puts them to use to create an efficient mode of transport that adapts with each passenger. At the click of a button, you’ll be able to book a trip that will take you on the fastest route for yourself and fellow commuters.

According to the U.S. Department of Transportation, microtransit is “a privately owned and operated shared transportation system that can offer fixed-routes and schedules, as well as flexible routes and on-demand scheduling. The vehicles generally include vans and buses.”

Microtransit fills the gap between private car ownership or ridehailing and mass Public Transport, creating an alternative means of travel that is adaptable, affordable and has less of a damaging effect on the environment.

Not only is it convenient for the individual passenger, offering a reliable and less stressful form of transportation, but it also has a host of benefits for the city or Transit Agencies as well as Bus Operators themselves.

What is microtransit to the passenger?

To the solo traveller, microtransit means a reliable form of transport that offers the convenience of Uber but at the cost of public transit. It’s the best of both worlds! They’ll also experience a less stressful commute knowing they are on the fastest track to their destination.

It’s transportation in the palm of your hand, and has a lower environmental impact than taking your own car.

What is microtransit to a city or Transit Agency?

Both cities and Transit Agencies lacked a way to improve coverage. Stuck in a fixed-route model due to their large bus operations, they simply weren’t capable of driving in certain areas (predominantly rural), leaving many without an affordable means of transport.

Microtransit is a way for cities and Transit Agencies to establish equitable access to public transportation for the community. It also means less congestion on the roads, leading to a greater ease of travel.

What is microtransit to a Bus Operator?

Microtransit is an effective method of improving fleet utilisation. What this means is that people will be more inclined to take buses should they adopt the microtransit model, taking travellers on dynamic routes rather than fixed ones. This is particularly useful in rural areas, and would assist patronage as passengers can access the bus in a flexible manner.

How efficient is microtransit?

Here’s a scenario for you. Say you decided you wanted to catch a bus. History says the easiest option available to you is to collect some change or grab a pass, jump on a bus and cram yourself in among a mix of passengers. Or, worst-case scenario, with no seats available, stand awkwardly while trying not to make eye contact with the person sitting in front of you.

Let’s replay that scenario again, but instead, using microtransit.

So you’ve decided to book a ride. Simple enough—just hop on your phone, make the booking, and meet at the virtual stop. Once boarded, you’ll find yourself on an adaptive journey coordinated by a sophisticated algorithm. It takes you on the fastest route, all the while efficiently collecting a select number of fellow passengers on the way.

“Users request shared vehicles through a tech-enabled application, and the vehicle will deviate from its route to somewhere within walking distance of the requester. Routes can be fully dynamic and adjusted in real time based on traffic and demand or can change over the span of a few days.”—ENO Center for Transportation

Microtransit is easy, better for the environment, and way more comfortable than the bus experience.

It delivers transport on-demand at an affordable price. With emerging mobility within our society, we’ve arrived at an age where booking a lift is as simple as a click of a button. But with this capability at our fingertips, it’s easy to overlook the downside of frequently booking solo trips.

While ridehailing options such as Uber or Lyft can definitely boost the economy, providing additional income for many who need to work multiple jobs, booking trips as you go for just yourself can lead to a myriad of implications. For example, the emerging number of people opting for this form of transport creates more congestion on the road, causing significant delays in travel time. Not to mention, the costs add up for all of your solo trips, even though you might be saving on fuelling a vehicle of your own.

By opting for microtransit, you are experiencing the same benefits as its ridehail counterpart, all the while partaking in cheaper travel that leads to less of a morning traffic jam. The dynamic routing also means you are more likely to arrive at your destination within a reasonable timeframe, as it efficiently adapts the path with each new passenger that registers, rather than following a fixed-route as with Public Transport.

Why should the community switch to microtransit?

The transport industry has experienced a rapid change in recent years, with a movement away from the initial autonomous travel to shared mobility.

After World War II, society shifted from the traditional model of public transit to car ownership, often involving just one traveller per vehicle.

It wasn’t until the late 1960s, particularly in the US and Canada, that public Agencies made a push for commuting options such as carpooling. But this was met with a lack of interest by the general public.

At this point in time, it was recognised that taking individual car trips was having a detrimental impact on the environment, leading to an increase in carbon emissions and having a damaging effect on the infrastructure of our roads. Not to mention, car ownership was costly for the average family.

Ridehailing services began infiltrating the Internet in the late 1990s, but were only successfully orchestrated when Uber first launched in 2009. While this change in transport offered additional means of employment for the drivers, ridehailing didn’t combat the issues at-hand.

This is where a community switch to microtransit comes into play.

Microtransit adopts a ridesharing model, but goes one step further. It offers dynamic routing and shared travel with a number of passengers, making it a more environmentally friendly option than its ridehail counterparts.

By reducing the amount of cars on the road, establishing an adaptable route that leads to more direct travel and offering one vehicle per multiple passengers, microtransit offers a more sustainable option than solo travel. It means that our roads won’t be as congested or damaged, emissions can reduce and not to mention, our bank accounts will thank us for it.