When Public Transport is used effectively, the environmental benefits will have a positive lasting impact on future generations! 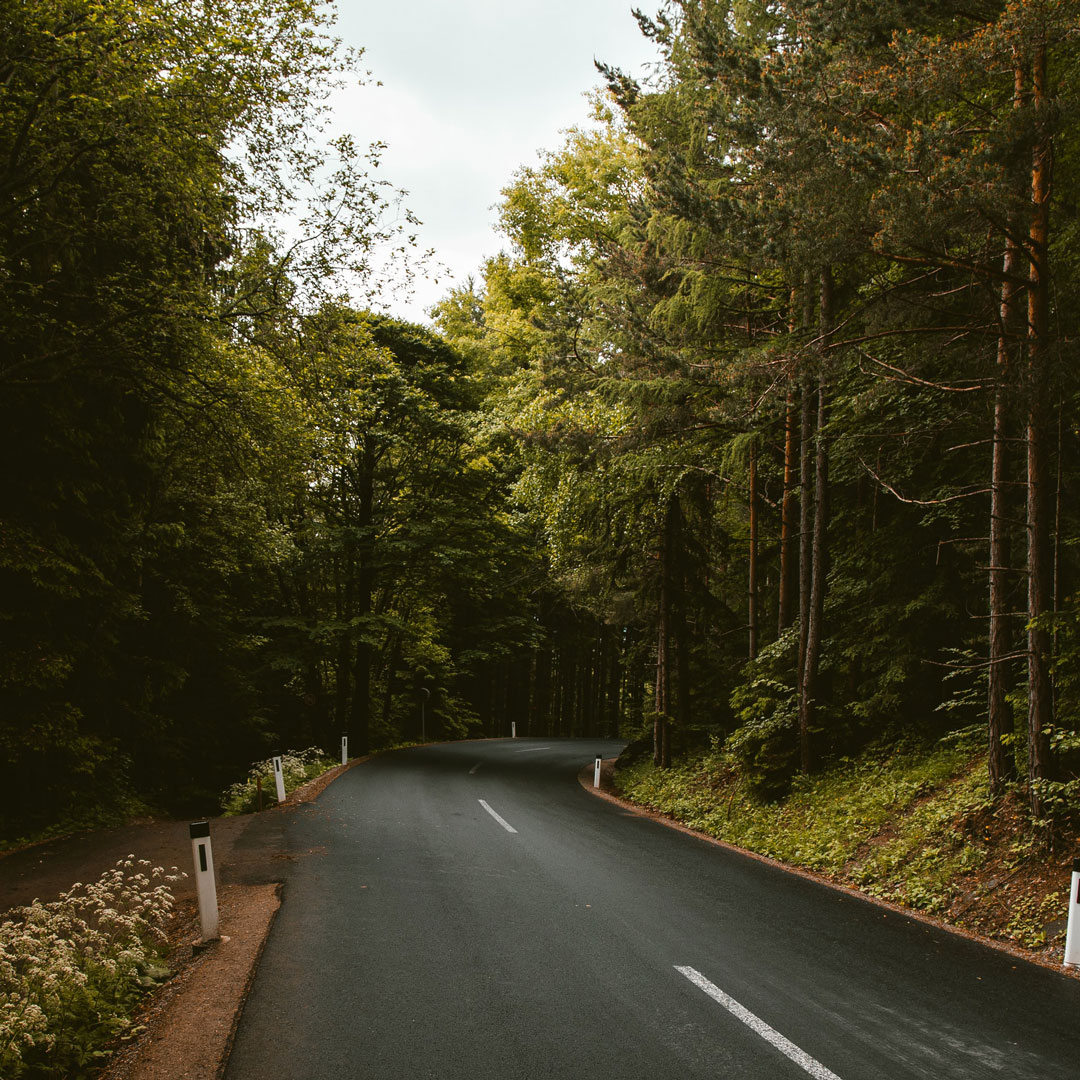 When Public Transport is used effectively, the environmental benefits will have a lasting impact on future generations. Shared mobility is consequently one of the most environmentally friendly transit alternatives.

Shared mobility is the shared use of vehicles—from cars, shuttle buses, larger buses and trains.

Our roads are full of cars—not people—and it’s damaging to the environment as the global population continues to rise, along with car usage. Public Transport continues to be a more cost-effective alternative in cities where a lack of parking can lead to congestion, and in lower density areas where the cost of commuting across large travel zones and the upkeep of multiple vehicles is expensive.

‍
If being better for our wallets isn't enough, effective and efficient use of public transport provides a better outlook for our future.‍

What are the environmental benefits of Public Transport?

The three most prominent benefits of using Public Transport over single-occupancy vehicles includes the reduction of carbon emissions, air pollution (which results in better air quality) and congestion on roads—including traffic. When greenhouse gases—carbon dioxide, nitrous oxide and methane—are emitted into the atmosphere and trap heat, we witness detrimental impacts on the environment—such as climate change. Of our global emissions, 29% can be directly attributed to transport, which means that if society were to change commuting habits and increase its use of uptake public transport, emissions can be reduced annually by 37 million metric tons according to the C2ES.

Public Transportation has the ability to drastically reduce pollution when capitalised by commuters. The Center for Climate and Energy Solutions (C2ES) state that “Communities with strong public transportation can reduce the nation’s [United States] carbon emissions by 37 million metric tons yearly.”

And according to the U.S. Environmental Protection Agency, 41% of Greenhouse Gases caused by transport were emitted by cars in 2018.

First, some context on Greenhouse Gases‍

29% of CO2 is emitted by transportation—the largest contributing percentage to air pollution than all other industries. Vehicle emissions signify a massive opportunity to dramatically reduce CO2 production and gives individuals the opportunity to make a significant impact on the environment by reassessing commuter habits and implementing behavioural changes.

‍
For example, if a working week commute was an 18 mile round trip daily, by changing from a single-occupancy vehicle (SOV) to Public Transport alternatives—the carbon footprint would be reduced annually by two tonne per person. Keeping in mind that the average person has an annual 4 tonne carbon footprint, this would be one simple way for an individual to halve their emissions.

In order to encourage commuter behaviour change, businesses and Governments have to work together to create convenient and sustainable public transport options. It should be noted that emissions cannot be totally eradicated as long as people are moving from point A to B with a form of transportation that emits Greenhouse Gases. But individuals can change their commuting patterns to make a significant difference, and when we all make small changes—the impact is dramatic. As a result pollution can be reduced with the collective utilisation of Public Transport.

What is the most environmentally friendly mode of transportation?

The U.S. The Environmental Protection Agency revealed that 41% of Greenhouse Gases caused by modes of transport were emitted by cars in 2018.

After this, Trucks were the next largest contributors, with buses and motorcycles only making up 1% of total Greenhouse Gases emitted from the Transport sector in the United States.

The 2019 EPA Automotive Trends Report also concludes that the average passenger has been found to emit 350 grams of CO2 per mile driven—making an 18 mile round trip in a single-occupancy vehicle emit over six kilograms of carbon dioxide. Compare this with a fully occupied bus, with passengers only emitting 160 grams per passenger, per mile.

Even Amsterdam has decided that public buses and coaches that emit exhaust fumes will no longer enter their city centre from 2022. This opens up the opportunity to combine public transport modes with Electric Vehicles (EVs) or Plug-in hybrid electric vehicles (PHEVs)—which are projected to reduce road CO2 emissions by 2.57Gt a year by 2040.

Therefore, aside from walking and cycling, the next most environmentally friendly mode of transportation is the utilisation of shared mobility solutions.

Shared mobility is the shared use of vehicles—from cars, shuttle buses, larger buses and trains.

Public transport is an environmentally friendly alternative when used to its fullest capacity. But let’s face it, how many times have you seen buses driving around with hardly anyone in them?

Despite buses emitting less Greenhouse Gas per kilometre when compared to single-occupancy vehicles, empty fleets won’t make a positive dent if the community isn’t capitalising on these transit options.

This opens the door for more modern transport alternatives like Demand-Responsive Transport to work with Public Transport Agencies to create economically viable and customised public transit systems with the assistance of smart technology that caters to community needs.‍

How can councils and businesses reduce their carbon emissions?‍

In order to take single-occupancy vehicles off roads, emit less emissions and reduce traffic congestion, governments and councils can look to creative ways to make a sustainable impact through transport alternatives. There are two primary solutions to this—private ridesharing and On-Demand transport solutions.

A great way for businesses to reduce their emissions is by offering corporate carpooling programs. These programs are privately accessed on a closed network available to employees only, and are funded by institutions to encourage staff to make transit habit changes. An example of incredible uptake in carpooling programs has been found evident with organisations like The Woolworths Group, NIB and Monash University.

By encouraging carpooling within an organisation, employers and employees will experience a reduction in commuting costs, cultural change is implemented and sustainability targets that are entwined in corporate social responsibility are met. Carpooling allows organisations to reduce their overall carbon emissions and take their responsibility and due diligence to the environment seriously. For example, When the Woolworths Group commenced their carpooling program, they sustained 2500 trips per month and have saved approximately 16000kg of CO2 in their first few months of operation.

In theory, the more people using a bus or train, the lower the emissions will be per passenger mile. But When fixed-route buses are left empty, resources are wasted on services that aren’t being capitalised. Consequently, unnecessary Greenhouse Gases are being emitted and operational costs from transit operators are also wasted.

Thus, another great way to reduce emissions is through Demand-Responsive Transport solutions—namely On-Demand shuttle buses or taxis that can be accessed through public transport initiatives.

In rural areas it is a known challenge to service larger zones with reliable and efficient transport. This is where Demand-Responsive Transport comes in as a solution—allowing a more personalised service for the passenger through flexibility in their transit schedule.

This means that operators are able to bring to the community a new level of efficiency in their service never seen before. Furthermore, councils and Transit Operators are able to run more efficient, environmentally sustainable and profitable services.

It's essential for the future of the environment and future generations to reduce the high level of pollution created from human movement—including the use of transportation. an easy way for passengers to make substantial changes is by utilising public transport or shared mobility options where possible. In addition to this, Transit Agencies and Governments to enable transit alternatives that are more environmentally friendly, economical and tailored to the community. 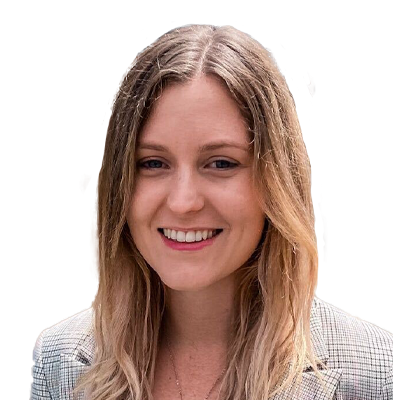