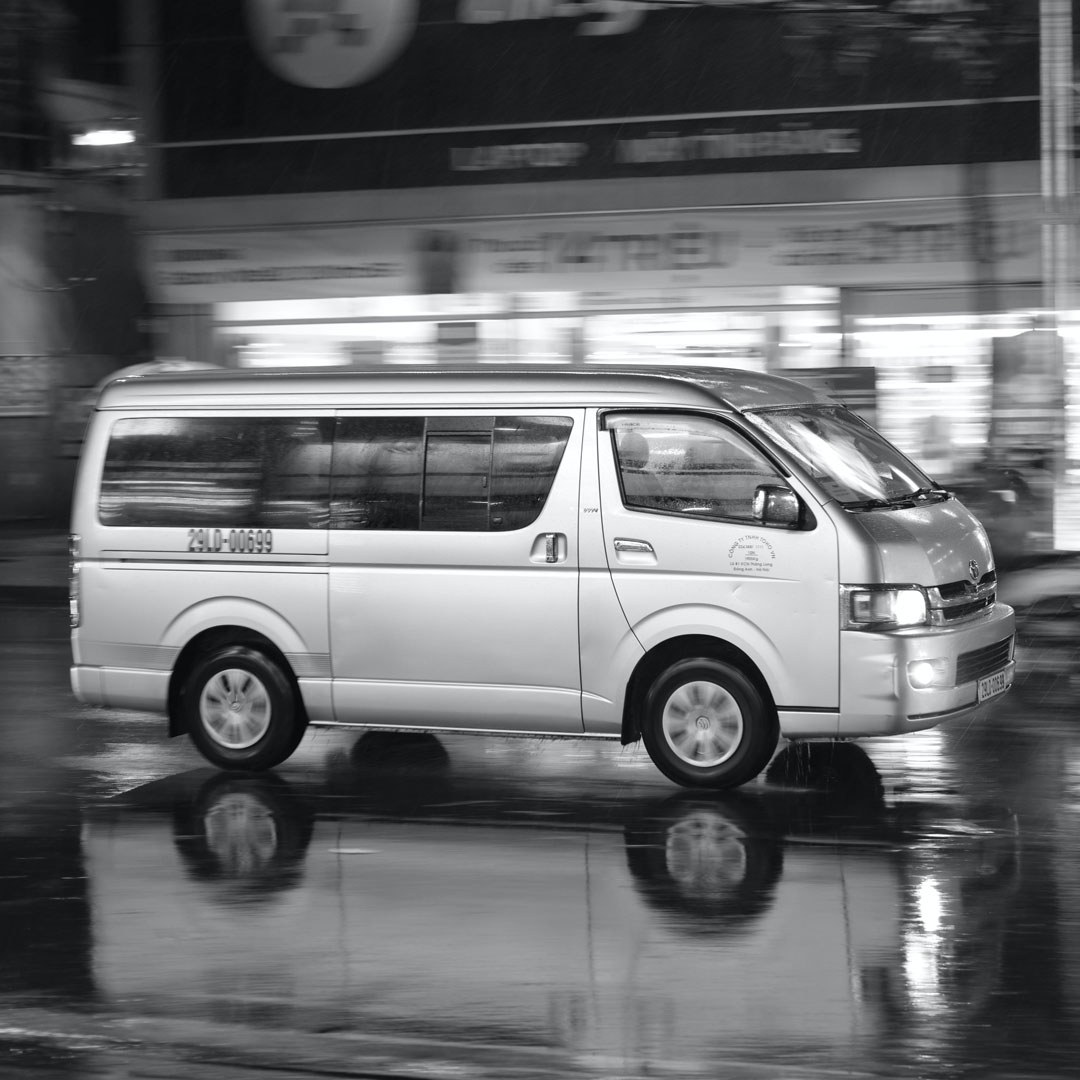 Discover what made these transit modes so popular, and how they can become relevant in today’s society.

Ridesharing is not a new concept to the world of transport. Previously popular models such as carpooling and vanpooling once swarmed our roads, with a host of benefits to travellers and Transit Agencies. But with private car ownership becoming more affordable and accessible, ridesharing took a backseat to solo travel. Here we explore what made these original models beneficial to society and their relevance to transport today.

Carpooling is a traditional mode of transport that accommodates multiple passengers in a given trip. It’s generally more informal, and allows travellers to share costs, connect with others and reduce their carbon footprint as well as congestion on the roads.

This model of transport came about during World War II as a method of conserving rubber and fuel for wartime efforts in North America. Carpooling also had a resurgence in the 1970s for a similar reason of preserving resources, and became popular among employees at Chrysler and 3M. While it did have some relevance among college students in the 1990s, carpooling faced a dip in use up until recent years.

According to the United States Department of Transportation, people choosing to travel to work alone rose from 77 to 79% between 1993 and 2003, and those opting for carpooling declined from 11 to 9%. Despite its many benefits, carpooling was not enough to outweigh the comfort and privacy of solo transit.

However, the new millennium brought with it a host of technologies that, once utilised by ridesharing companies, made carpooling a viable transit option once more. Uber’s popularity is a testament to this, reporting a growth of 11 million users in 2015 to 93 million in 2020.

It’s plain to see that commuters are looking for options that are cost effective, easily accessible and, as an added bonus, alleviate their impact on the environment—all factors that have contributed to the re-emergence of carpooling as a primary mode of transport to and from work.

Vanpooling is the more formal counterpart to carpooling. It is a larger scale model that involves passengers leasing a vehicle for their commute to work, with a comprehensive, shared coverage of costs that include maintenance, roadside assistance and liability insurance.

Beginning in 1973, vanpooling was introduced into the private sector by 3M who sponsored the first employer-based commuter vanpool. This model was an extension of carpooling, allowing for more travellers to partake in each trip.

Vanpooling is considered more flexible than the traditional bus route, but is also fairly rigid in its organisation. It shares the same benefits as carpooling, drawing upon ridesharing for a cheaper and more environmentally friendly way to commute.

What are the main differences between carpooling and vanpooling?

The most noticeable difference between carpooling and vanpooling is the formality of the arrangements. Carpooling is generally more relaxed and involves informal commitments between co-workers or fellow travellers. Because the model relies on a driver who has their own private vehicle, no formal arrangements need to be made to schedule a trip. This, however, also makes the transit option less reliable in that both the driver and passengers can cancel at any given time.

Vanpooling requires a more formal agreement for the model to operate. Travellers often have to rely on external vehicle leasing, which means that a firmer commitment will need to be made by all involved parties. Vanpooling also has the capacity to accommodate more passengers, thereby maximising its benefits to cost-sharing and the environment.

How can these models benefit society today?

For the solo traveller, carpooling and vanpooling are viable options that will save costs and reduce their environmental impact. Employees who switch to a carpooling program can collectively save up to A$40k in parking fees and A$20k in petrol each year—a significant portion of income that can be utilised elsewhere. These ridesharing options allow passengers to avoid the expenses of private car ownership as well as the discomfort of packed Public Transport, providing a shared transit experience that is flexible, adaptable and reduces road congestion, meaning faster transport times.

Transit Agencies are constantly endeavouring to provide the most efficient and affordable means of transporting the general public. As a result, a number of smartphone Apps have emerged that draw upon dynamic routing, offering flexible transit that adapts with each new passenger. With this technology, there is the potential for carpooling and vanpooling to be enhanced, increasing their relevance in today’s society. Were these ridesharing models to incorporate flexible journey-mapping, commuters will not only be reducing their carbon footprint, but they will also benefit from a more time-saving transit experience.

Carpooling and vanpooling can prove beneficial to businesses and organisations as well. Ridesharing means a reduced demand for parking, allowing business spaces to be utilised for other activities or an extension of the work facilities themselves. Roughly speaking, your average business parking bay accommodates one employee. But with carpooling or vanpooling, you can effectively double or triple your occupancy in a given bay as multiple employees now utilise a space. This can save valuable resources for organisations when it comes to providing car spaces for employees and keep staff happy by mitigating the risk of frustrations when it comes to finding a car park.

These traditional ridesharing models also have substantial benefits to the environment. The average carpooling customer can reduce their carbon footprint by over 30 tonnes per year by implementing a carpooling program for their commute to work, leading to a significant reduction in air pollution. Not to mention, reduced cars on our roads means less damage to our infrastructure, congestion and land required for parking.

Carpooling and vanpooling have the potential to make a resurgence within our current transport industry. By adapting with emerging technologies, these models can become relevant sources of transport that have an impact on travellers, the environment and the broader community for years to come.

Learn more about ridesharing solutions for your organisation or institution!


Fifth Anniversary with the University of Newcastle

For our fifth anniversary with the University of Newcastle, Liftango would like to thank the university for their ongoing partnership.

How a structured approach for marketing a carpool program proves successful.