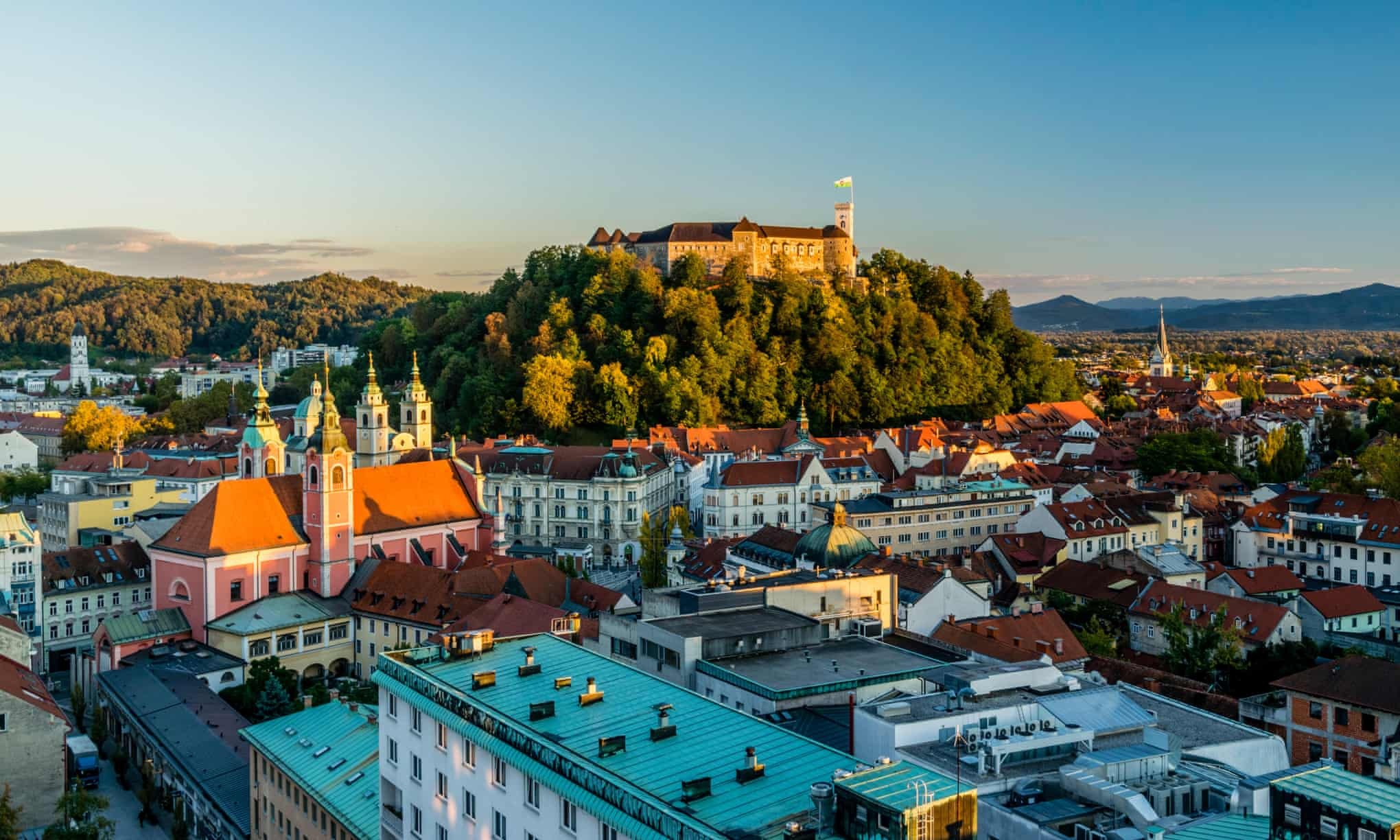 How 3 Green Cities Are Modernising The Way We Move

We look at how three forward-thinking cities are taking action and leading the way to improve eco-friendly transportation.

In 2015, the UN developed a list of Sustainable Development Goals (SDGs), providing a blueprint to improve quality of life while tackling climate change. The 11th SDG asks us to make cities 'inclusive, safe, resilient and sustainable.' And yet, in 2019, the UN found that only half of the world's urban population have convenient access to public transport. Considering 55% of the world's population live in cities, a number which is rapidly increasing, this is not good news. Many of our policy-makers have their work cut out for them. However, some cities have been leading the way with innovative solutions. So what can we learn from the 'green cities' already taking action? Let's look at three examples of varying sizes.

In 2008, Vancouver pledged to become the 'Greenest City in the World' by 2020. The city adopted the 'Greenest City Action Plan,' which targeted three areas; carbon, waste and ecosystems. And the results are impressive. Vancouver produces the lowest greenhouse gas emissions of any North American major city—around 95% of their power is supplied by renewables. To further reduce carbon usage, Vancouver needed to tackle the 40% of emissions related to transport by improving access and modernising the options available. By 2040, the City of Vancouver hopes to have 2/3 of trips taken by walking, cycling or transit. And initial signs look promising—from 2008 to 2019, this was already up from 40% to 54%.

To help reduce emissions, TransLink—the authority behind Metro Vancouver—has been modernising its fleet. In their efforts so far, they have updated to electric and hybrid buses, quadrupling their EV vehicles in 2021. Each EV bus is expected to reduce 100 tonnes of GHG emissions and save $40,000 in fuel cost per year—this is a perfect example of investing in the future. TransLink has also investigated how modern technology can help reduce the number of cars on the road, working with Liftango to offer city-wide carpooling.

Another way to create greener travel habits is to reduce the number of fossil fuel-powered vehicles. EV purchases in the province have increased from 0.8% in 2015 to 9.4% in 2020, putting British Columbia (BC) on track to exceed its original target of 10% by 2025. The province has the highest uptake rates of EVs in North America, and there have been legislative efforts to ensure this. In June 2019, The City of Vancouver introduced new requirements to make EVs more accessible and affordable to residents. In new developments, all residential parking spaces must include a wired outlet, enabling residents to install EV charging stations at a much lower cost. Furthermore, there are federal and provincial rebates available when purchasing an EV, and owners are granted access to reserved parking spots and HOV lanes. The success of these policies is clear, with a BC Hydro report finding that 2/3 of respondents are considering purchasing an EV within five years. Vancouver has already seen positive results in shifting the mindset of travellers, so it will be interesting to see if they can continue this trend.

In 2019, the UN found that only half of the world's urban population have convenient access to public transport. To sustainably solve this, forward-thinking cities have invested in eco-friendly modes of transportation, decongested roads, and pioneered new transport technology.

The capital city of Slovenia is steeped in history. With architecture spanning back to the Roman period, the skyline is dominated by a medieval castle perched atop a forested hill. Even so, the Post-Soviet city is fast becoming one of the most modern in Europe with its approach to sustainability. This is evident just walking around the streets—almost three-quarters of the city is green area, including 46% native forest.

In 2007, Ljubljana set out an ambitious plan for the future, 'Vision Ljubljana 2025'. Their overall aim was to become a city that 'nurtures history, ensures life quality, safety and tolerance, is environmentally friendly and connected to its landscape'. Their path to this involved a radical transformation of the city centre, with more sustainable transport options at the core.

Remarkably, the city centre has been completely closed to car traffic since 2008—seven years before the Paris Agreement was created. In place of cars, the city encourages greener transport options, offering free use of bicycles and a small fleet of demand-responsive electric vehicles to enable older people to get around. Despite initial doubts about the feasibility of this plan and its impact on residents, it's hard to argue with its success. In 2016, it was reported that 78% of people are satisfied with Ljubljana's public transport, while black carbon emissions dropped by 70%.

Ljubljana was rewarded for these impressive developments in 2016 when it was named the European Green Capital, alongside a host of other awards. Since then, the city has continued to build upon its original goals and is currently transitioning its public transport fleet to new compressed natural gas (CNG) buses. It's clear that a green approach has been a huge success for Ljubljana, putting it on the map as a top travel destination and proving that bold action can lead to huge rewards.

Nestled in the forests of Northern Sweden, Skellefteå is rich in natural resources. Whilst an impressive 98% of children live within 200m of a green space, this is historically an industrial mining town. Despite this, the town invests heavily in future technology. It now runs entirely on hydro and wind energy, and fully embraces untraditional methods and a circular economy. There are some cutting-edge processes in use here; recycling 120,000 tonnes of electronic waste a year feeds back into the city-wide heating system, locally sourced wood is used to build skyscrapers (creating 30% fewer emissions than steel and concrete), and biowaste is turned into fuel for cars and buses. This exceptional process has been such a huge success that by 2030, all petrol stations remaining will only sell biofuels.

In 2018, Skellefteå directly referenced the SDGs in their vision for the future, mapped out in 'Skellefteå 2030'. They hope to build a transport system that is "clean and green, connected, healthy and safe, smart, and affordable". This vision includes plans for a brand new transport hub that will connect the town by rail for the first time, and provide a focal point for a network of buses, driverless electric taxis and city e-bikes.

This remarkable town is also attracting cleantech companies. Data centres in the area are taking advantage of the cool climate whilst utilising renewable energy sources. Skellefteå will also soon be home to Europe's greenest EV battery factory. Not only will it be powered by 100% green energy, it will also use recycled batteries to create new ones. Their planned annual capacity of up to 32 GWh by 2024 is enough for 100,000 EVs. This is sure to help with Skellefteå's plans for 90% of all transport to be running on renewables by 2030.

Greener transport is being actively pushed forward by the climate-conscious Swedish government, on their ambitious path to 100% renewable energy by 2040. Pioneering innovative green technology is consistently encouraged—the Swedish island of Gotland recently opened the world’s first wireless electric road which charges electric trucks and buses while they drive. If this attitude to new technology was more widespread, we could see radical changes to the way we travel.

What have we learnt?

Looking at these cities, there are some excellent models for us to follow. In sharing ideas and learning about new technologies, we can create a positive change to the way we move. To meet our sustainability targets over the next few decades, cities will need to become smarter and greener, whilst managing a growing population. There's still a lot of work to do but it's certainly comforting to see the positive results from those spearheading the efforts. Hopefully we'll hear more stories like this in the coming years. 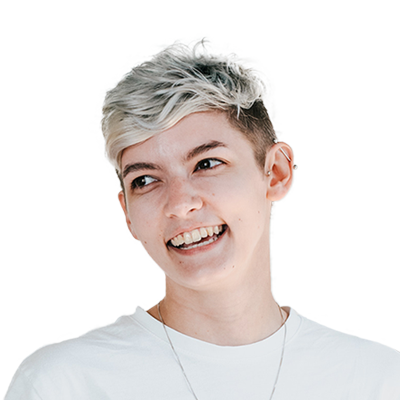 Molly is a digital designer passionate about fighting climate change and inequality. Born and raised in the Midlands, UK, she’s spent the last few years living and working in Australia. Molly is an avid footballer, national park explorer, and cider drinker.

Since the humble Workplace Travel Plan (WTP) became a condition of consent for development applications, it has suffered a hit to its reputation.

Discover what's causing workplace carbon emissions and seven ways you can reduce them to be an eco-conscious employer!