Here are seven steps on how to reduce carbon footprint for eco conscious employers! 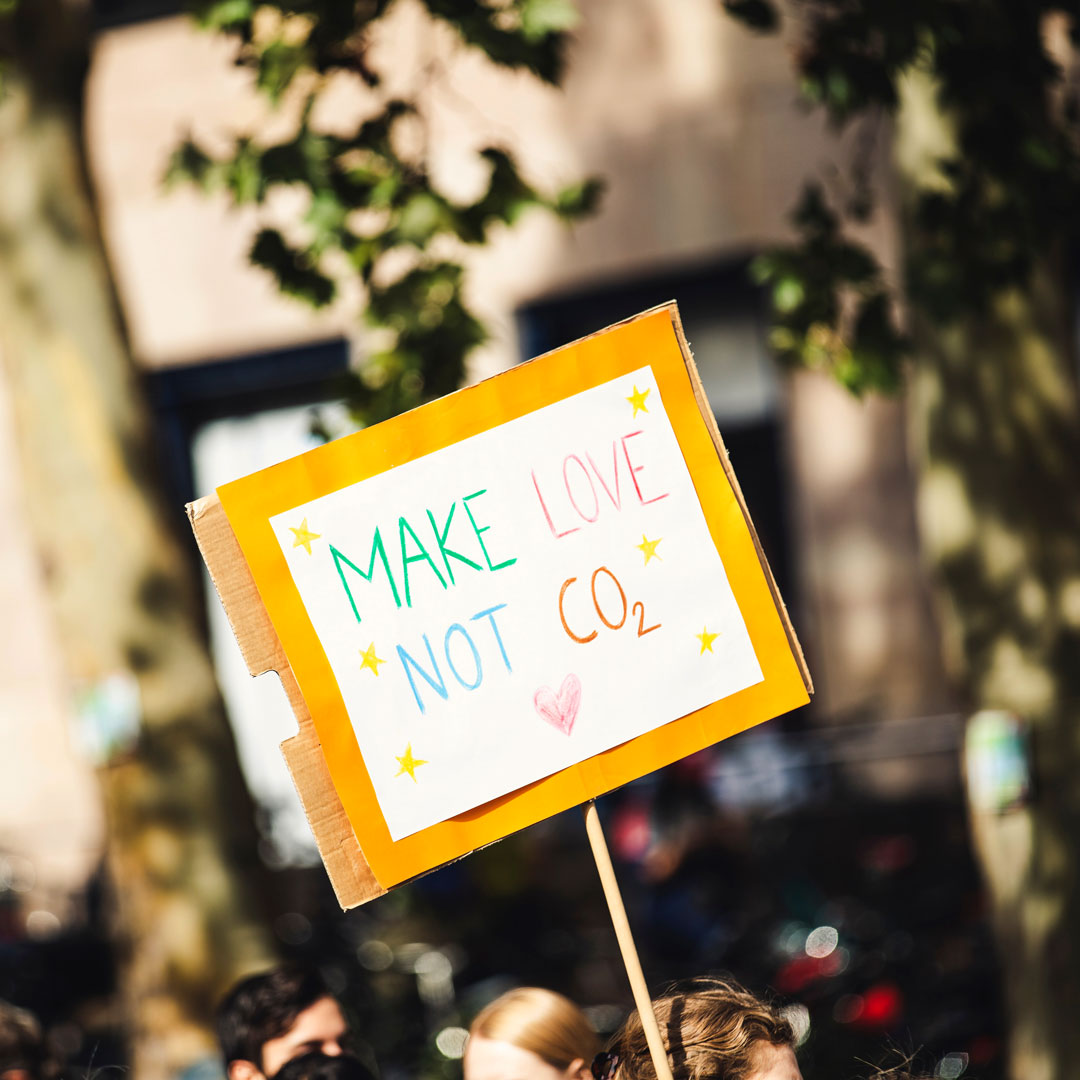 The average Australian travels 16km from their house to their place of work with 79% of them travelling via private vehicle. In terms of CO2 output this would mean an average of 12kg of CO2 per day, with approximately 243 working days per year, this can add up to nearly 3 tonnes of CO2 per employee per year. Because of this, commuting makes up 15% of Australia’s carbon emissions.

With the vast majority of Australians driving to work it is predicted that commuting times will double between 2011 and 2031 as congestion in main transit corridors increases. Not only will this cause the average CO2 emitted by employees commuting to increase, it will also exacerbate parking pressure within our urban environments. Commuting makes up a significant portion of an employee’s emissions with the next highest source of emissions from an employee being the energy cost of appliances and air conditioning.

Office buildings and other non-residential buildings make up 10% of Australia’s greenhouse gas emissions;  in other countries it makes up a significantly higher proportion.  In office buildings, the largest sources of energy usage are in lighting, refrigeration, cooling, heating, computers and office equipment.  The environmental impact of this energy usage varies depending on the climate the office is situated in, and the energy makeup of the grid that it is connected to.  Areas that have extremes in temperature and their grid makeup largely consists of fossil fuels tend to have a larger footprint than those running on more renewable energy sources in more temperate climates.

3. The Tragedy of the Commons

So after all this why should an organisation take action to reduce their emissions and have a positive impact on the environment when it might be more convenient to wait for others to solve the problem?

In order to avoid our own ‘tragedy of the commons.’ This is where individual users with unrestricted access to a common or open resource, act in their own self-interest, contrary to the common good of all users and cause the depletion of resources through their uncoordinated action.  In this case the common resource is the atmosphere and our use of the atmosphere to produce electricity which creates greenhouse gases as a byproduct.

It is therefore a moral obligation of all that use this common resource to find ways to collaborate to solve the issues for both the good of the collective and individual interests.  If else, we risk either the collapse of our environment or we welcome the government to mandate it for us in terms that might not be favourable.

So what solutions can employers implement?

1. Carpooling—not as silly as it sounds

Enter carpooling.  Carpooling can be an easy low-cost solution for workplaces to implement in order to not only offset their employees emissions by removing cars off the road, but by decreasing the pressure of parking spaces by increasing the efficiency of each parking bay.

Carpooling allows work colleagues to match up trips and commute to work together in an efficient and effective manner. Practically, this means the driver isn’t taken too far out of their way to get to work and the passenger gets to leave their car at home—reducing their emissions and reducing their impact on traffic.

As well as this, for every additional passenger  the driver collects on their way to work, vastly increases the efficiency of each bay in a workplaces  carpark.  Rather than having, on average, a single person to each car  in a bay, with carpooling you can raise this average to two or three  people per bay, This effectively is doubling to tripling the capacity of your car parking facility.  This increased efficiency can start to mitigate the need to search for or buy more car parks as your workplace grows.

The average carpooling customer can reduce their carbon footprint by over 30 tonnes per year just by implementing a carpool program.  The benefits to the employees can be substantial too, employees can collectively save up to AU$40K in parking fees and AU$20K in petrol each year.

Fun fact: when you carpool through the help of an Application like Liftango, you're actually participating in Climate-Positive Carpool! That means we cover the cost of offsetting more than you emit. Therefore, the CO2 emissions from your carpool trip are not only net zero—but you're in the minus (which is actually a positive thing!)

In a survey we conducted, employees preferred to book transport via their shuttle rather than driving or taking the existing (or non-existent) Public Transport options. Common themes in feedback provided included:

Providing employees with easier ways to get to work has not only led to fewer employees driving to work (and thereby saving on emissions), but has also led to less employees purchasing new cars. Typically the purchase of a new small car contributes up to 6 tonnes of CO2, a medium car 17 tonnes and a large car up to 35 tonnes.

Each tree planted comes with a 100 year guarantee of the land that it has been planted on, so that you are confident the positive environmental impact that you are having isn’t temporary.  The forests that you help create capture carbon from the atmosphere, improve soil and water quality, and provide vital habitat for native wildlife.

Green energy or green power is available from a variety of power companies across the globe. The purchase of green power not only helps organisations offset their CO2 output from the use of electricity, but it also increases the demand for future green power projects.

In Australia alone, the purchase of GreenPower has seen almost $500 million invested back into renewable energy generators since 2011. In the last 15 years the GreenEnergy project has offset more than 16 million tonnes of CO2 (the equivalent of 6 million cars taken off the road).

When is a dollar worth more than a dollar?  When it’s invested in a revolving renewable energy fund!

Renewable energy funds like Corena give out interest free loans to community organisations to pay for the installation of solar panels, improving energy efficiency or purchasing electric vehicles.  These organisations then cover the loan repayments from the savings generated by the project—meaning that they aren’t out of pocket.

The dollars that are paid back to the fund are then loaned out again, and again and again, hence why they call it a revolving fund!

Your donation can not only help contribute to several different energy projects but it will also continue to generate savings for community groups, even after they have paid off their loan amount.

A dollar generating several dollars worth of value well after it has been spent? Now that is a dollar hard at work!

6. Superannuation (this one is for the Aussies)

Superannuation is usually a pot of money that lies forgotten until you get closer to retirement, which you then get very keenly aware of how much there is and what it is doing.

Well, what if you could assist Australia’s transition to 100% renewable energy just by switching your default super fund?

A ‘default’ super fund in Australia is the superannuation fund that is created for a new employee who hasn’t provided their own choice of super fund. This means that employers have the option of helping out their employees with the hassle of choosing their own fund if they’re not sure where to start—it’s actually a big responsibility!

A study by UTS suggests that if just under 8% of Australian’s super were invested into renewables, Australia could be on 100% renewable energy by 2030.

One super fund that has taken this study seriously is FutureSuper.

FutureSuper says “Give the flick to fossil fuels” with their investment strategy.

FutureSuper only invests in sustainable and ethical companies and projects.  In 2019, FutureSuper’s member base avoided 62,000 tonnes of CO2 from being emitted just with the power of their super investment dollars!  This is equivalent to taking 27,000 cars off the road.  Their investment strategy reduces more CO2 per employee invested than each of those employees living car free, going vegan and recycling combined!

Just by switching your default super fund to an ethical and sustainable fund like FutureSuper, you can help employees have a large and lasting impact on the environment and best of all, this is a really easy and zero cost change to make.

The answer is dependent on each business's circumstances, as it will depend on the environment that the business is located in and the energy mix of the power grid.

For those who live in locations with climate extremes where it gets really hot or really cold and the grid is mostly fed by fossil fuels, it can therefore be more efficient to heat/cool one large office and have everyone commute there rather than heating/cooling each individual employees house.  However if you live in a more temperate climate and the power grid is fed by mostly renewable energy or your employees have their own solar panels then it can be more climate friendly for your staff to telecommute and cut their actual commuting emissions by not driving to work.

To ascertain this for your office we suggest doing a little research into the energy makeup of your electrical grid and put out a survey to find out:

1) How far staff commute on a daily basis?

2) What mode of transport do they take?

3) Would they prefer to work from home or from the office or some mixture of both?

4) Does their house have insulation?

5) What is the primary material their house is made from? i.e. brick

6) Do they have their own solar panels?

Answers to these questions will help determine if telecommuting (or a combination of telecommuting and carpooling) are the right solution for you to help reduce your impact.


How did the Volvo Group reduce CO2 in the workplace place? Learn more.
 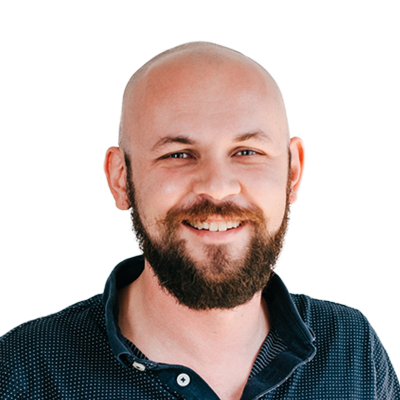